The National Institute of Population and Social Security Research estimates that Japan’s population, which was approximately 128 million in 2010, will fall to 116 million-odd by 2030, where there is concern about a further shortage of workers and a reduction in the labor force in the future.

It is predicted that: due to increased difficulties in recruitment, companies will not be able to acquire excellent human resources, and what is more, it will become difficult for them to secure the minimum number of required human resources and labor force.

As a measure against such shortages in labor and human resources, industrial robots are attracting attention. Although industrial robots have already been introduced and are actively utilized in major companies, the introduction of industrial robots in small and medium-sized enterprises has not yet advanced.

We aim to be a [Robot SIer (Robot System Integrator) that can support such small and medium-sized enterprises as a partner for the introduction of industrial robots].

Utilization of robots offers many possibilities, such as:

However, industrial robots cannot achieve the purpose of automation of work as discrete by [robots] alone.

They can function after completing some conditions like the followings :

As a Robot SIer (Robot System Integrator), we consistently respond to all processes necessary for the introduction of robots, such as <<selecting a robot>> suitable for your work content from among various manufacturers, <<design and fabrication of hands and peripheral equipment>> as needed, and <<teaching the robot>> movements. Utilizing manufacturing technology and know-how of line construction, etc., cultivated at the home base of IBARA SEIKI Co., Ltd., we can make proposals that meet your requests. 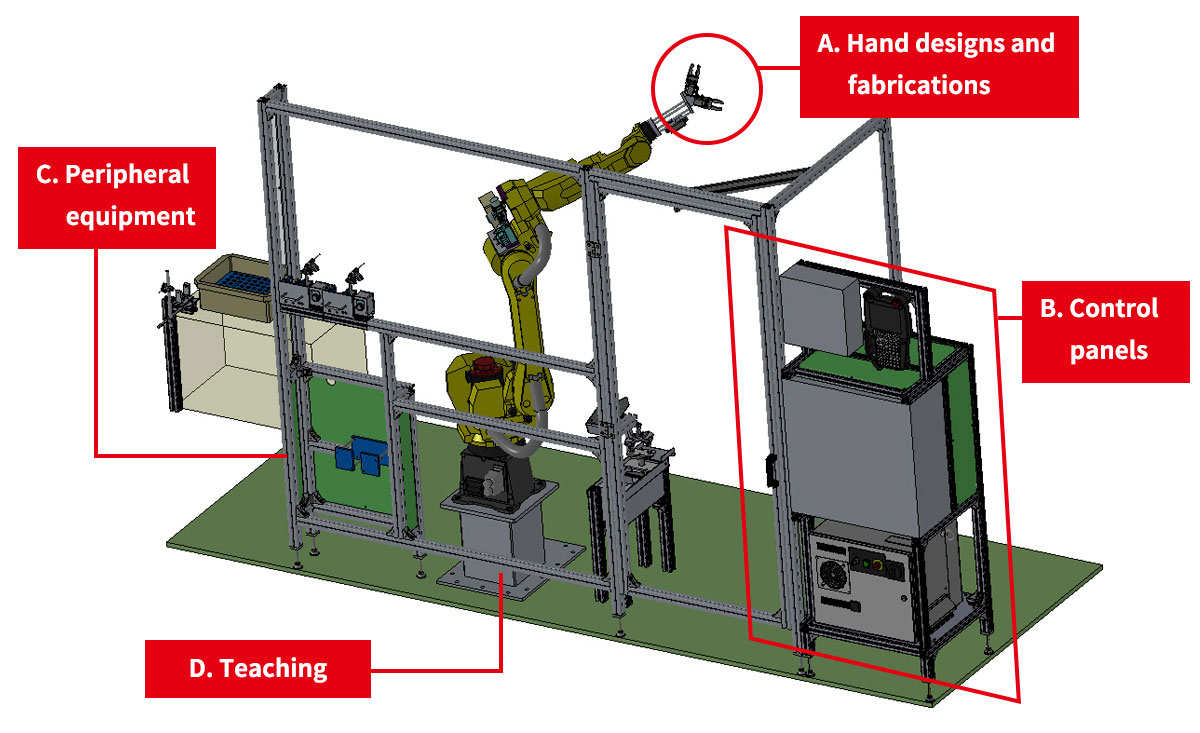 Flow of introduction of an industrial robot

We are a member of the Japan Factory Automation & Robot System Integrator Association. Click here for details.